A Barn Swallow, ringed at the Field Centre at Jews' Gate, was found in Chibia, Angola.  The Swallow, ringed on the 16th October 2017, flew into the window of a house in the town of Chibia in Angola on the 20th March 2018.

Barn Swallows are rarely caught in the nets at the Field Centre, the habitat is unsuitable, although with tape lure, some will come in to investigate and are trapped.  They are passage migrants that do not breed in Gibraltar, but are heading to their winter quarters in Africa from nesting sites in Europe.  Only 188 Swallows have been ringed at the Observatory since 1992, with 2017 a good year with 62 Swallows ringed in October 2017.  No recoveries or controls of this species had been recorded, until details of this bird was received from the British Trust for Ornithology, which maintains a database of all birds ringed in the UK and Gibraltar. 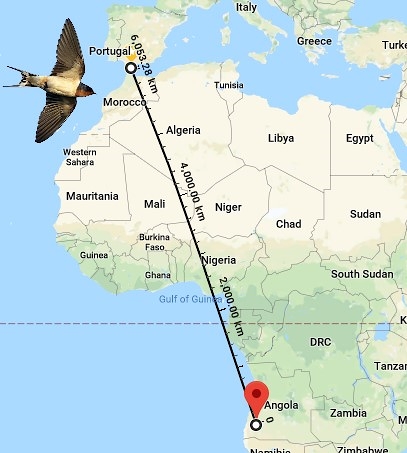 This is an exceptional recovery, with the Swallow covering a distance of 6040km, and possibly heading further south to a roost in Mount Moreland, in South Africa, where an estimated 3 million birds are present during our winter months.  See  http://barnswallow.co.za/ . 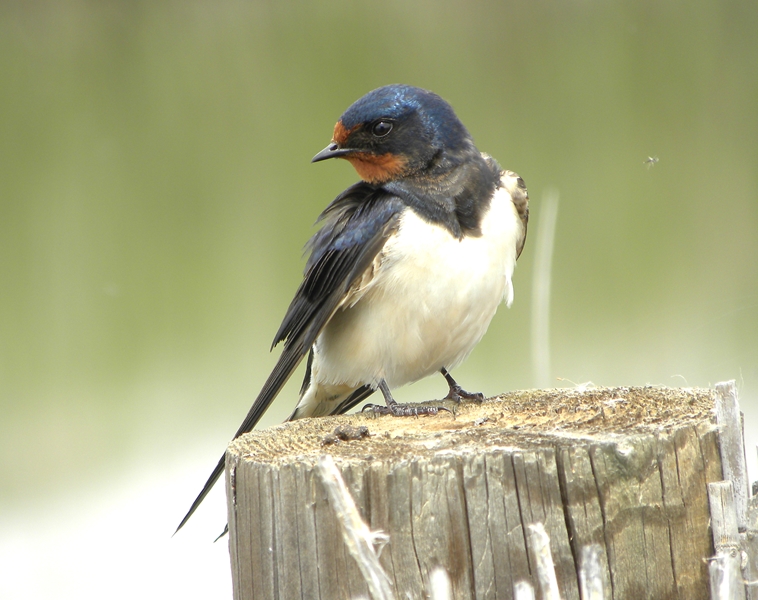 This year, GONHS once again celebrates bird migration with the rest of the BirdLife family in Europe and Central Asia. Organisations throughout the continent will be participating in the event, which takes place during the weekend of the 2nd and 3rd October.

The outing to Finca La Alcaidesa, on the 15th May, was the first GONHS outing to Spain since before the pandemic.

A Myrtle Warbler, Setophaga coronata, also known as a Yellow-rumped Warbler, was reported by Luis Lopez from the Europa Point area, with a video and a photograph posted by Manuel Morales Holgado,  on the WhatsApp group 'Aves Estrecho Gibraltar' on February 27th.

This year’s celebration of BirdLife International’s ‘EuroBirdwatch’ was a quieter affair than in previous years.

Welcome to the 2019 issue of the Gibraltar Bird Report.

The prime objective of our first marine bioblitz was to engage the public in a citizen science initiative which also served to raise understanding of the dynamic coastline we have in Gibraltar.

Last week, the GONHS Raptor Rescue Unit released a wild Griffon Vulture that had been brought down by Yellow-legged Gulls on the 5th June.  The bird had landed on a cliff in the South District and was being mobbed by gulls.